We’ve been promised great things by hyperloop technology. It may have been spearheaded by Elon Musk, but many entrepreneurs have taken up to the challenge to make hyperloop travel a reality, bringing what looks like science fiction to everyday life.

Hyperloop came into public consciousness in 2013 when Elon Musk introduced the concept in a research paper which posited the Hyperloop as “a fifth mode of transport after planes, trains, cars and boats that is:

• Not disruptive to those along the route

Virgin Hyperloop One describes the technology as:

“A new mode of transportation that moves freight and people quickly, safely, on-demand and direct from origin to destination. Passengers or cargo are loaded into the hyperloop vehicle and accelerate gradually via electric propulsion through a low-pressure tube. The vehicle floats above the track using magnetic levitation and glides at airline speeds for long distances due to ultra-low aerodynamic drag.”

Since then we’ve seen a slew of interest, using Elon Musk’s whitepaper as an open-source starter for companies to create their own solutions. All companies comprise of a broad grouping of international professionals with deep domain experience in engineering, transport, supply chain, safety and other industries. No Hyperloop is commercially active and the companies mainly differ as to:

What’s clear is that it’s not a race but rather a slower stroll involving cross-industry partnerships and involvement from academic. Most companies have little public information available beyond highly optimistic videos as to what their technology might look like in the future.

Let’s take a look at the progress of travel in a tube: 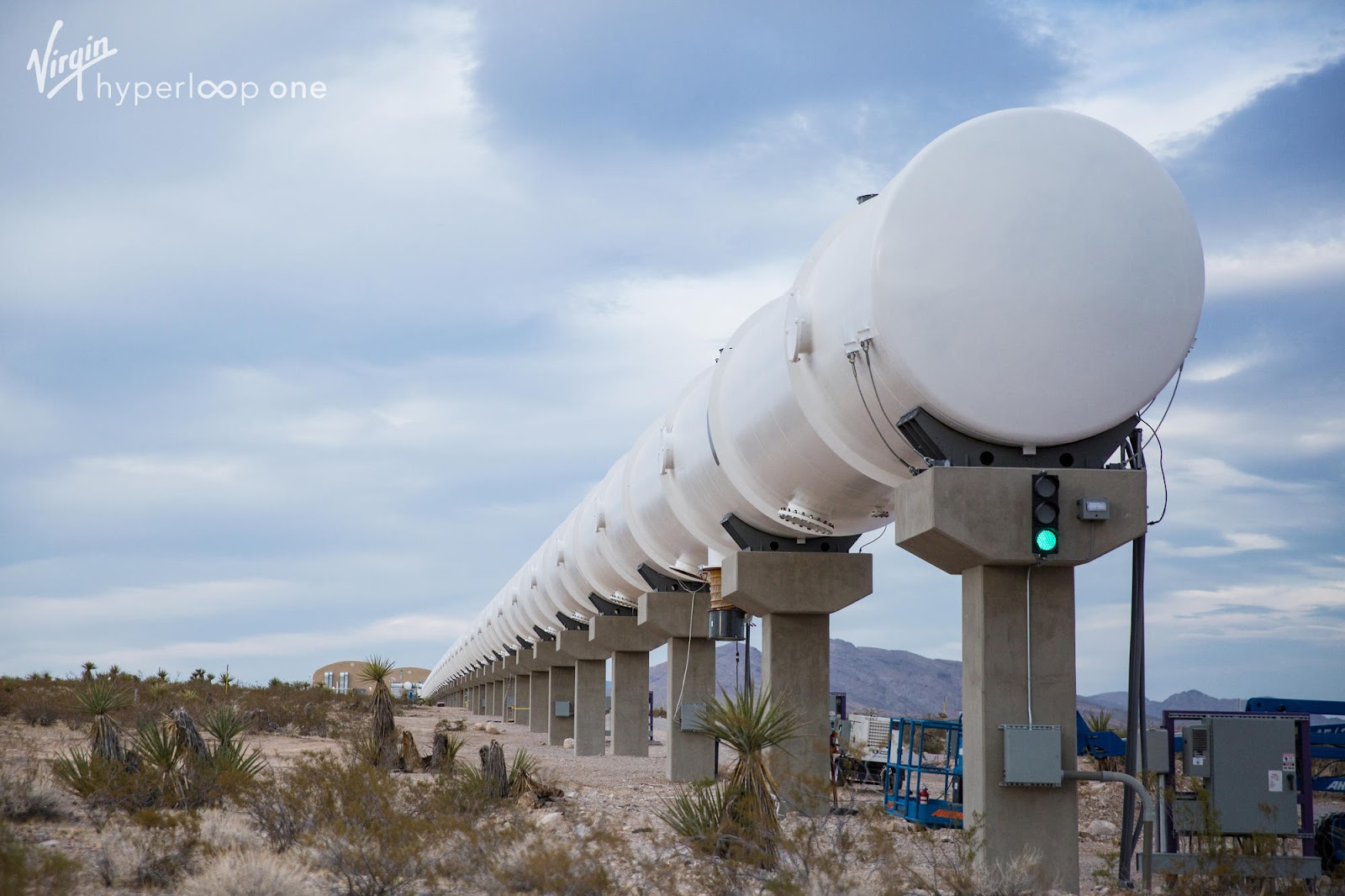 Virgin Hyperloop One calls itself “the only company in the world that has successfully tested its hyperloop technology at scale, launching the first new mode of mass transportation in over 100 years.”

They currently have projects underway in Missouri, Texas, Colorado, the Midwest, India, and the UAE. The company recently showed off a prototype of their passenger pods at the 2019 Dubai International Motor Show.  The company claims to have carried out over 400 tests in Las Vegas asserting that the pods could reach speeds of up to 1,000 km/hr and are 5-10 times “more energy-efficient than a commercial airliner”.They’ve most recently planned a pre-feasibility study in Saudi Arabia which will examine “viable routes, expected demand, anticipated costs, and explore the socio-economic benefits of creating jobs and develop high-tech skills.”

Perhaps the most accessible in terms of transporting products not people, DP World Cargospeed systems is a partnership between Virgin Hyperloop One and DP World, focused on carrying “high-priority, time-sensitive goods such as medical supplies and electronics”.

HyperloopTT is an American company with a global team of more than 800 engineers, creatives, and technologists in 52 multidisciplinary teams, with 40 corporate and university partners. The company is rather unique in that their team is part employees and part crowdsourced professionals who are committing their time and knowledge in exchange for stock options.

HyperloopTT released The Great Lakes Hyperloop Feasibility Study, the results of 18 months of research which details the economic and technical feasibility of their hyperloop. The research claims that the passenger and freight market along the full corridor is estimated to generate revenue sufficient to pay all capital and operating costs with an economic return of 11.8% nominal and that project would not require any government subsidies.

Dutch company Hardt won the 2017 hyperloop competition, an event that has generated international interest for the hyperloop. Their point of difference is a switch that allows the vehicle to pass from one track to another, creating a network of tubes connecting all European cities.

“The mechanism does not have any moving parts either, making the switch low maintenance and incredibly efficient.”

In December 2019, the company announced that Europe’s first facility to test hyperloop at high speeds will be built in Groningen and open to hyperloop developers from all over the world. This month (February 2020) the company shared an agreement to create a joint technical committee called JTC 20 “to define, establish, and standardize the methodology and framework to regulate hyperloop travel systems and ensure interoperability and high safety standards throughout Europe.”

Hyper Poland also originated out of the Hyperloop competition in 2015. They’ve taken a differing approach to their contemporaries with their focus on next-generation High-Speed Railways which can be later transformed into a vacuum version- effectively an upgrade to the railway industry.

With perhaps a more humble than some of its contemporaries, the company has so far crowdfunded nearly 400,000€ 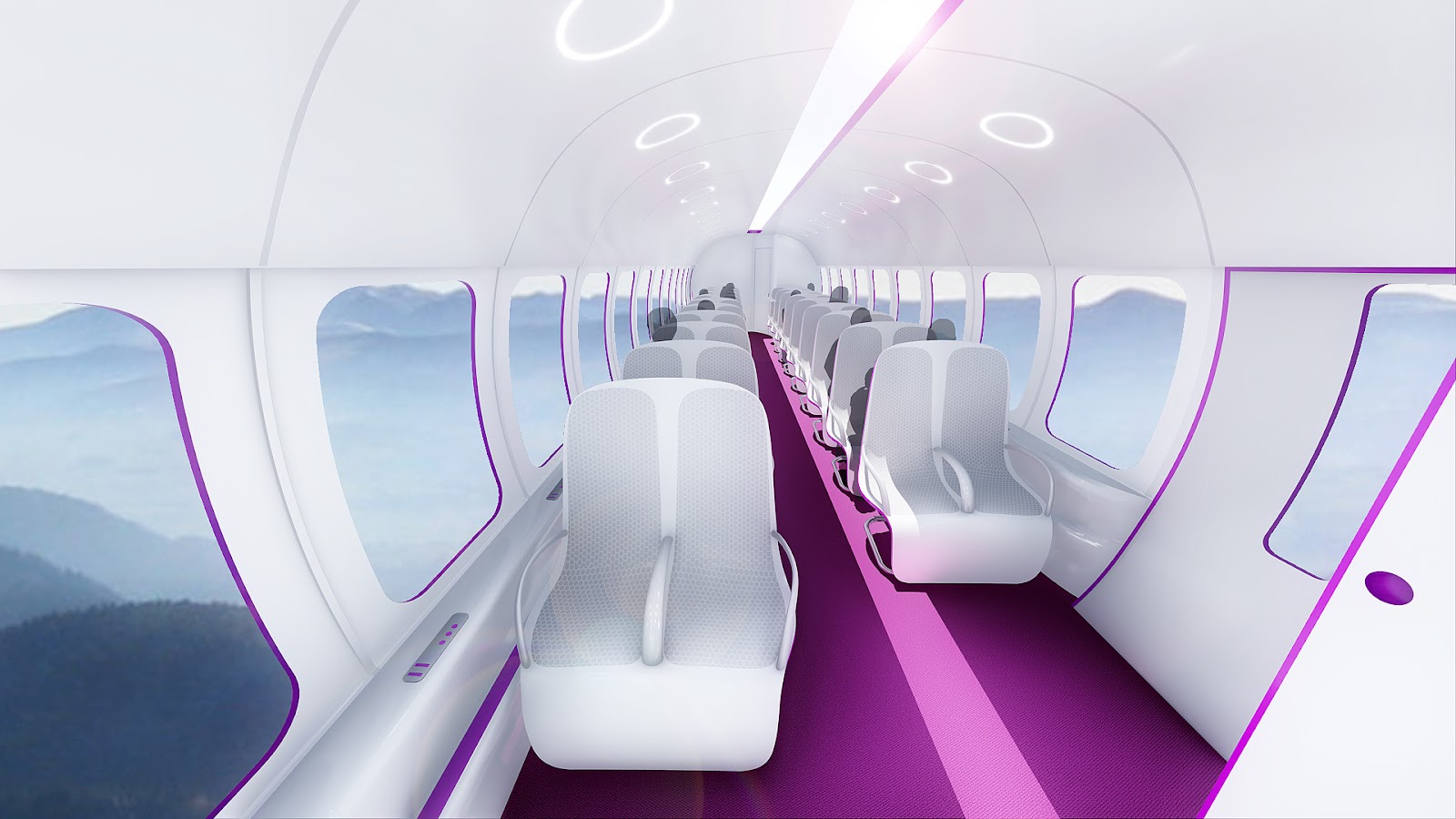 Canadian company Transpod positions themselves as an affordable hyperloop, “by employing a novel combination of electromagnetics, mechanical engineering, and signal processing design” However they consider themselves “developers of this technology rather than a manufacturer and line operator.”

They have undertaken an Initial Order of Magnitude which reveals that building a TransPod hyperloop system between Toronto and Windsor, will cost half the projected cost of a high-speed rail line along the same route. The TransPod would travel four times faster than the top speed of High-speed railway (HSR). 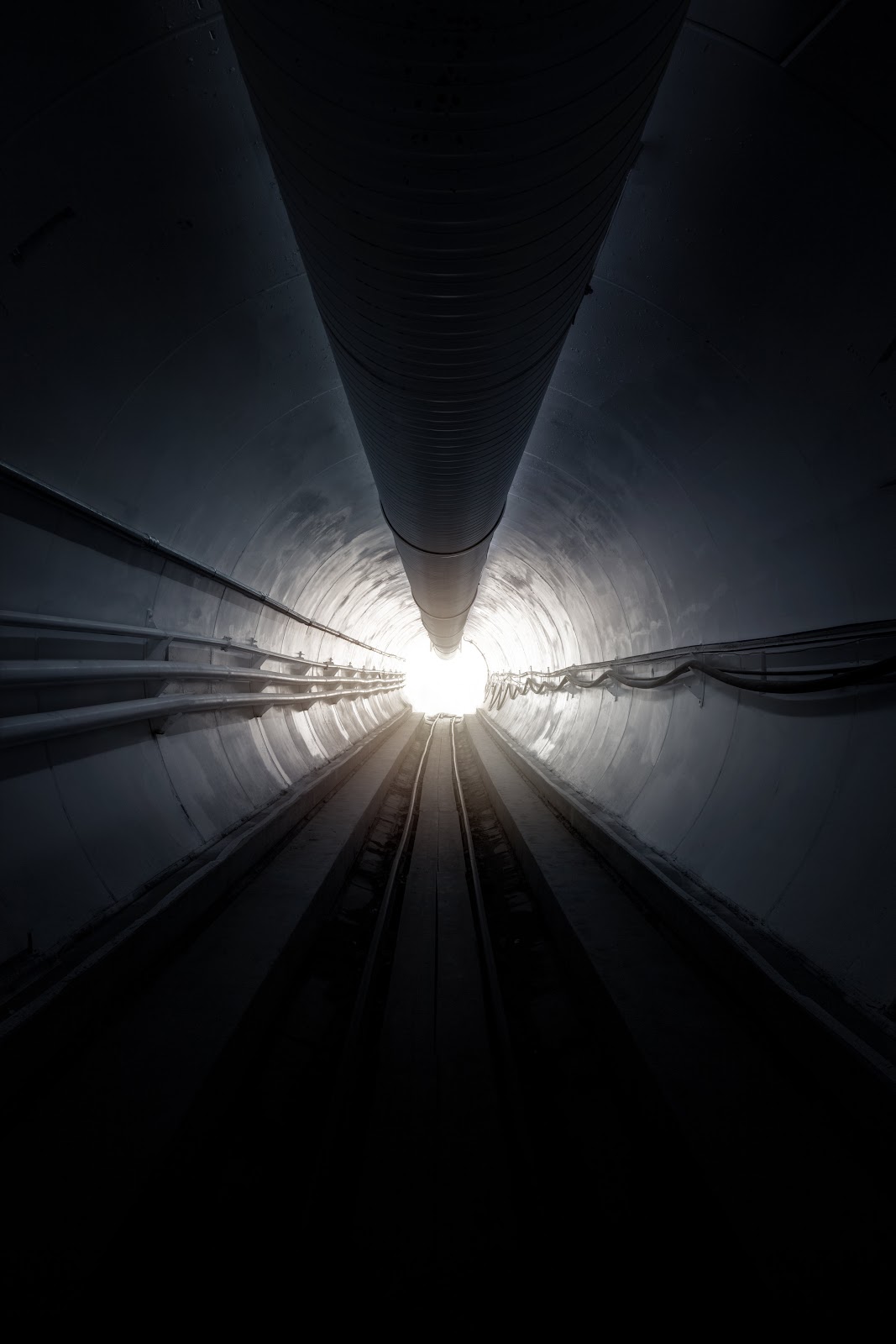 The Boring Company is a tunnel construction and infrastructure company founded by Elon Musk in 2016.  They dug a Test Tunnel underneath the SpaceX (another company owned by Elon) offices in Hawthorn, California for the R&D of The Boring Company’s tunnelling and public transportation systems in 2018.  In May 2019, the company landed a $48.7 million contract to design and construct a Loop system for the Las Vegas Convention Center - Typical walk time between the New Exhibit Hall to the existing North/Central Hall can take up to 15 minutes and the tunnel means the same trip on LVCC Loop will take approximately 1 minute. The company recently completed excavation on the first of two planned tunnels beneath the Center. The tunnel is designed to transport up to 4,400 convention attendees per hour and is scheduled to debut to the public in January 2021.

Will Hyperloop be a success? 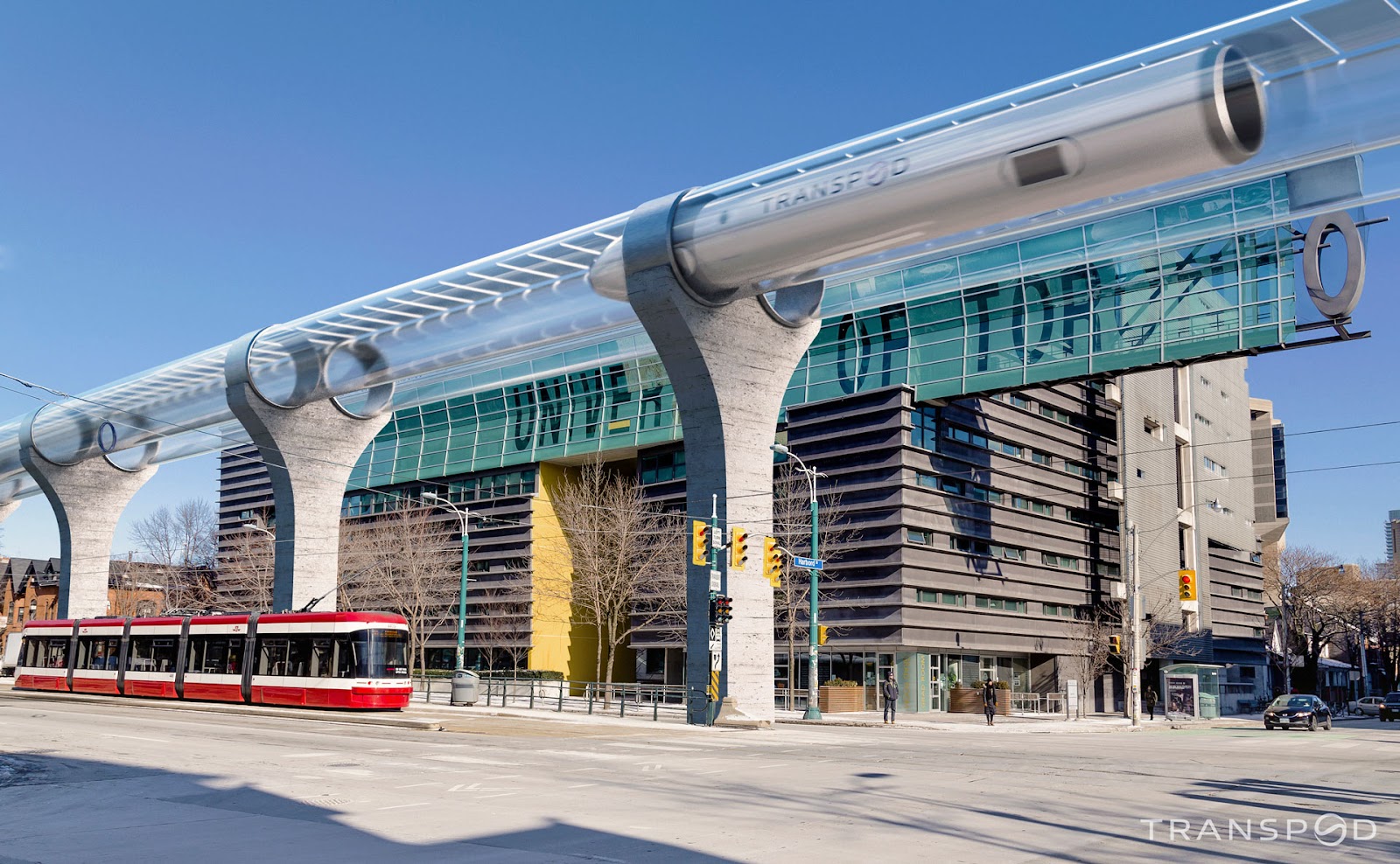 It’s fair to say that companies are racing to create prototypes and there’s plenty of highly knowledgeable and talented engineers, developers, architects, and other personnel on board. But the companies are always hiring, suggesting there’s a way to go yet. Getting hyperloop up to speed (literally and figuratively) will take some time⁠—rightfully so, and companies have been focused on doing the groundwork while still trying to attract necessary funding and talent for the next steps.

There still needs to be appropriate legal frameworks, transport routes, safety, spatial and logistical frameworks, and the related action plans. Where will the tubes be placed? Who will this displace? How will they integrate with existing transport and transport such as flying taxis? How long until test routes with people are legal? It’s going to take some time, and we can expect some companies to take over others, run out of money, or compete for routes, but it’s going to be interesting.